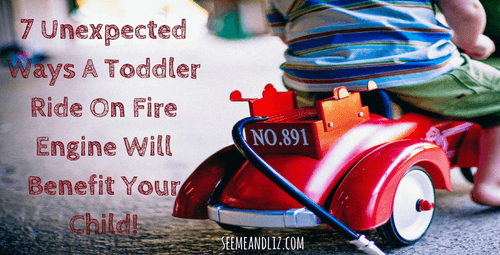 On the surface, a toddler ride on fire engine seems like just another toy, but let me show you why one of these is so beneficial for your child’s development.

The ride on fire trucks that I am referring to are not battery operated.

They run on motor skills and imagination!

The skills your child will learn with a toy like this isn’t limited to a fire engine so if you already have a car, truck, taxi, train, etc. the following will still apply!

The 7 Benefits of A Toddler Ride On Fire Engine

Gets Child Active and Moving

These days it is a known fact that children are lacking in physical exercise and outdoor activity.

Some schools have even cut out physical education, stating that it is not a subject that will help a child academically.

This could not be more wrong.

Obesity rates are increasing and there is no proof that by removing physical education children are getting smarter.

It’s a fact that our brains function better when the body is exposed to exercise.

We already know that exercise has benefits for decreasing depression and anxiety and increasing productivity!

A ride on toy gets a child moving and these can be used outside.

Playing outside has many health benefits for children!

While your little one pretends to be a firefighter, she is also strengthening her fine and gross motor skills in a playful way.

Getting on and off the fire engine requires use of leg muscles as well as coordination so not to fall off.

Fine motor skills are used to manipulate the steering wheel, ring the bell or move the fire hose around!

What child doesn’t want to pretend to be a firefighter at one point or another?

Encourage your toddler to ride around putting out fires to save the neighborhood.

Perhaps at one house he will need to save someone’s beloved cat.

Maybe at the next house he needs to make sure everyone has gotten out safely.

Watch your child pretend to use one of the ladders to climb into a second story window!

A firefighter should probably wear a mask so she doesn’t breathe in the smoke.

Now you can brainstorm ways to make a special fire fighter’s mask.

Could it be that the firefighter needs to stop at the grocery store and pick up some food for her co-workers? Why not!

As you can see the imagination and creativity are endless!

Develop Sense of Independence and Confidence

A ride on toy such as a fire truck can be used during solitary play which in itself leads to independence.

It is good for a child to play independently and not need others around telling him what he should do.

Watch as your toddler tries to get onto (or into, if you choose to get a cozy coupe style fire engine) and off of the ride on toy.

Once on it, he will be able to push himself around with his legs to get from point A to point B.

Riding along on a foot powered fire engine will allow your little one to gain the confidence she needs to eventually move to a tricycle and then a bicycle!

With a ride on fire truck, you and your toddler can practice using many new fire related words.

If multiple children are playing together the kids will have to work together.

The pretend play scenarios can be extended even further if there is more than one child involved.

The kids will be able to practice skills such as turn taking (if there is only one ride on toy that a few children want to use), eye contact, patience, problem solving, etc.

Try not to always rush to your child’s aid if a problem arises.

Give him the chance to figure it out own his own first.

But remember, your child’s age and ability will play a role on how you handle helping your child solve problems.

I love this ride on fire engine!

It is much nicer looking (it’s made of wood, metal and chrome, the wheels are rubber) than the plastic ride on toys you can find at just about every Walmart or Toys R’ Us.

This fire truck is very durable and is the kind of toy that can be passed down for generations.

I really like the old school look of it and that it has a small fire hose attached to the back.

It also has a working bell!

The small ladders on the sides come off too, but obviously aren’t meant for actual climbing, but this is where your child can use her imagination and pretend they are big ladders that can be climbed!

This fire engine does not come pre-assembled so make sure you set aside some time for assembly.

One thing to keep in mind is that this fire truck is on the small side and is meant for a toddler around the age of 1-3.

If you would like something similar but bigger, check this one out!  It can hold up to 70lbs.

What do you think?

Can you see how easy it is to use a toddler ride on fire engine to benefit your child’s development? 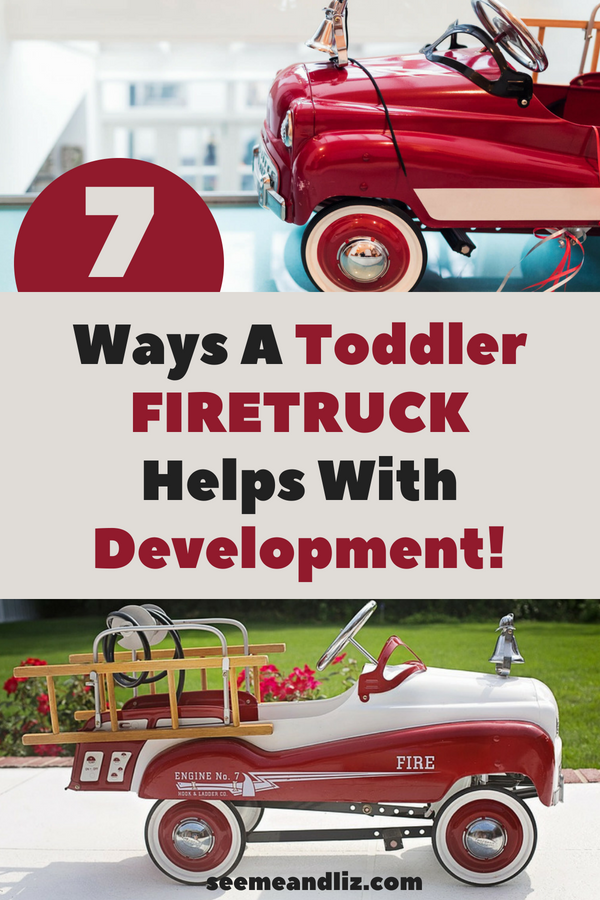 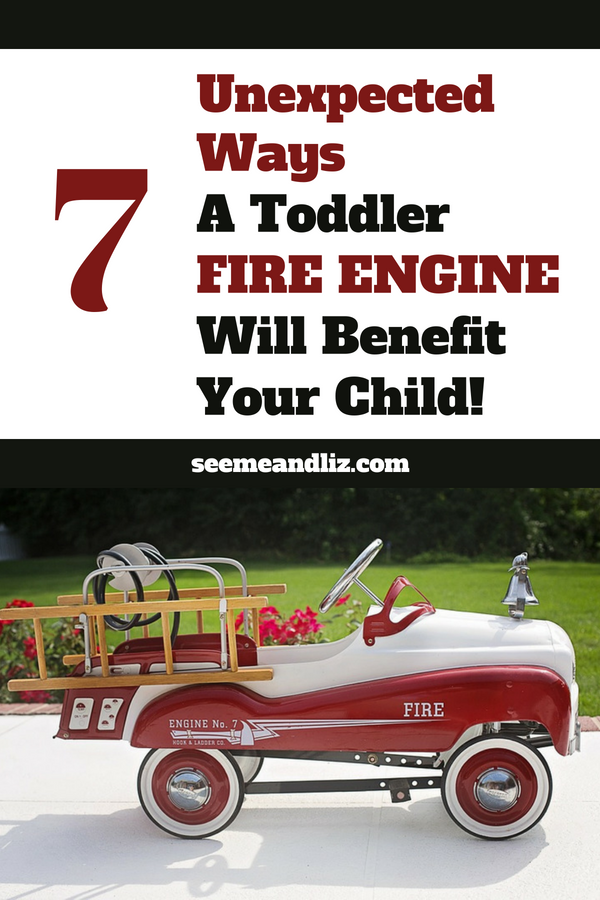