LEGO Therapy For Autism: Is It Just A Trend?

Seeme & Liz > Learning Toys (4 years and above) > LEGO Therapy For Autism: Is It Just A Trend? 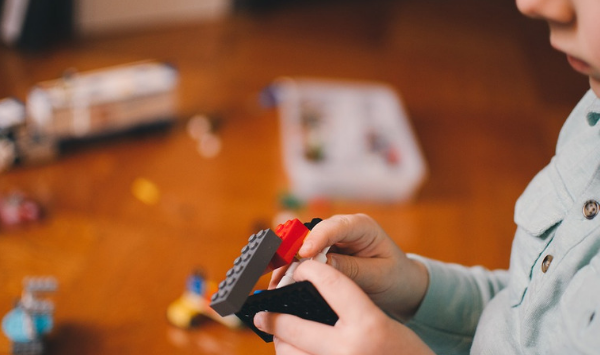 So why not market LEGO to parents of children with Autism?

But, would you be surprised if I told you that this type of therapy does exist?

And there have been studies done to support this type of therapy!

Take a Look at the Following Research:

The second study was done by Daniel LeGoff (is it a coincidence his last name has the word LEGO in it?) and M. Sherman.

Daniel LeGoff is the original founder of LEGO therapy.

If you want to see LEGO therapy in action with Daniel LeGoff, check out the documentary A LEGO Brickumentary (my kids LOVED it!).

You can take a look at the trailer below.

Unfortunately the part about LEGO therapy for Autism is not featured in the trailer.

What Is LEGO Therapy For Autism?

And as I mentioned above, several studies have been done that demonstrate the effectiveness of using LEGO as a therapy tool to enhance language, play and social skills for children with Autism.

One of the reasons that children with Autism (or those who are on the Autism Spectrum) gravitate to LEGO is because these blocks can offer a routine and repetitive form of play.

Another wonderful aspect of LEGO is that the child does not need to know how to read in order to follow the instructions that come with a LEGO set.

Children can look at the pictures to determine where each piece goes.

Below is a brief outline of what a LEGO therapy class could entail (this is based on the class from the documentary, however, my research on this topic has shown that this is the general consensus for most LEGO therapy classes).

Depending on the needs of the children, each therapy class can be tweaked, however the overall plan is pretty much the same.


Each Therapy Session Is Led By a Therapist/Instructor and Typically the Following Will Occur:

Each week, the rules of the group are reviewed and revised as necessary.

The rules will depend on the age and level of functioning of the children.

At this time, a LEGO project (or projects) is also chosen.  This is something that the group must agree on.

Each child is given a role.  The roles usually change throughout the class so that each child gets a turn preforming each role.

Typical roles can include:

If there are only 2 children per group, then the roles would be that of engineer and builder, where the builder also takes on the role of supplier.

With 3 children, the roles would be engineer, supplier and builder.

Groups of 2-3 children are common in LEGO therapy.

The therapist will walk around and help children come up with solutions to their problems.

If the children are unaware of a problem, the therapist often will point it out.

The children are encouraged to problem solve on their own as much as possible.

Many children will require practicing a solution to a problem many times before they will use that solution on their own in future situations to similar problems.

What Are The Goals Of LEGO Therapy? 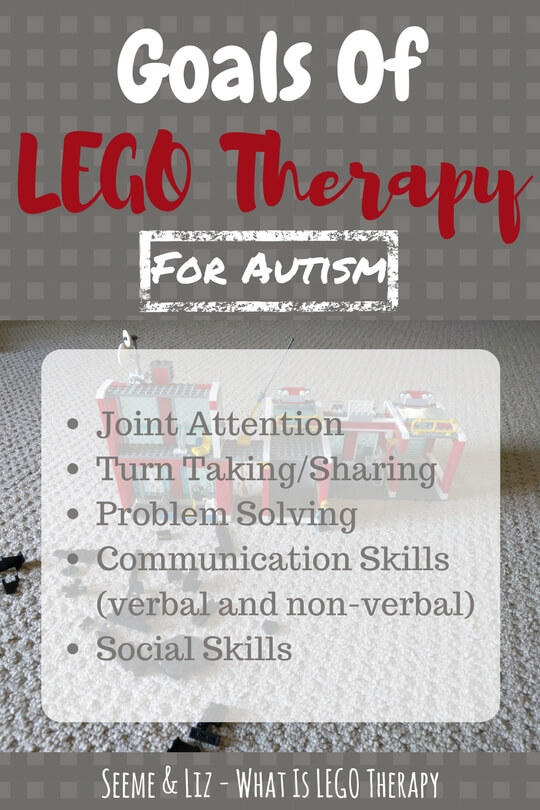 The goals generally are social in nature as this is one of the biggest areas of struggle for children with ASD.

It also helps improve a child’s ability to interact with a peer for a given amount of time.

Some other goals include (these are also goals of general play therapy):

Who Is LEGO Therapy Not For?

This type of class is not recommended for children with additional diagnoses of behavior disorders such as ADHD or ODD (Oppositional Defiant Disorder).

However, if the child has ASD and/or an anxiety disorder, LEGO Therapy would still be appropriate.

The reason for this being is that the main goal of Lego therapy for children with Autism is to work on social skills and increase spontaneous communication (both verbal and non verbal).

If one child has a behavior disorder for example, her inability to regulate her behavior may take away from the learning of the other students.

But, if all of the children had behavior disorders (not necessarily with Autism), then Lego therapy might still be helpful as a therapy tool.

What Do You Think About LEGO Therapy For Autism?

This type of therapy can probably be beneficial for many children, not just those with ASD.

If you think your child could benefit from a LEGO class, look into LEGO clubs in your area.

If your child is on the Autism Spectrum, talk to one of his/her therapists to see if LEGO therapy is an option in your area.

To learn more about LEGO Therapy, check out the book by Daniel LeGoff:  LEGO®-Based Therapy: How to build social competence through LEGO®-based Clubs for children with autism and related conditions.

Have you heard of LEGO Therapy for Autism before?  What do you think about this type of therapy?  Please share your thoughts in the comments below. 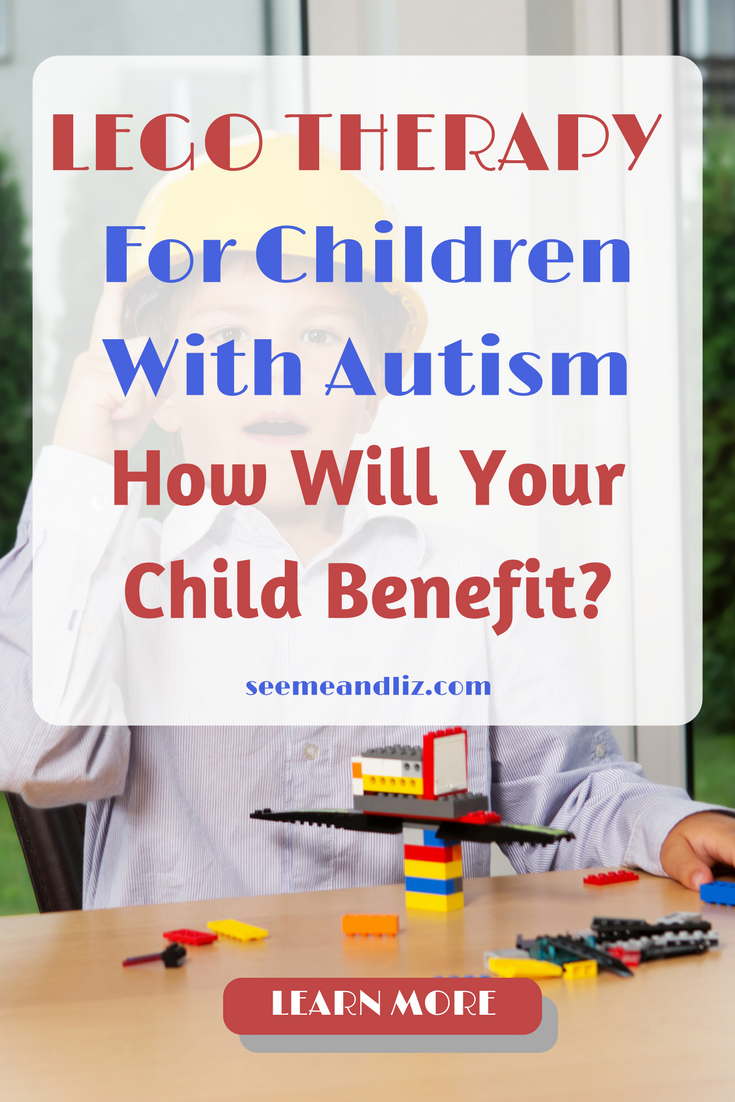