Speech Delay In Toddlers: 19 Red Flags To Watch For 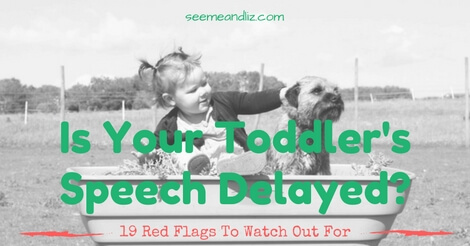 Some children walk at 9 months where others don’t take their first steps until 15 months.

Both of these are considered normal.

The same goes for speech and language development.

But a speech delay in toddlers is a real thing all parents need to be aware of!

The average age a child will say their first word or 2 is 12 months.  But keep in mind, this is average.

Some children will be saying “mama” and “dada” (with purpose) at 10 months.

Another child might not say their first real word until 15 months.

Both of these children would likely be considered to be developing normally.

However, the earlier a language delay is detected, the sooner therapy can begin (if needed) which gives your child a better chance of catching up to their peers.

There are certain skills (or lack thereof) you can be on the lookout for.

It’s easy to see that language development can be tricky and as a (former) Speech-Language Pathologist, I know how important language skills are for a child’s future success.

I realize that it sounds like I am contradicting myself a bit, but unfortunately language development is not black and white.

If you are ever questioning your child’s language skills (or lack thereof) it is best to contact a licensed speech-language pathologist to see if an evaluation is necessary.

To recap, we know that children develop spoken language at different rates.

However, we also know that if certain language milestones aren’t met, a child may struggle once they get to school.

You may want to read this article as it will better explain language development and how it varies from child to child.

*Note: The term “speech delay” is being used interchangeably with “language delay”.

Speech Delay In Toddlers – What To Look For

The following milestones are for children between 12 and 26 months.

If you find yourself saying “yes that’s my child” to 3 or more of the points below, please look into having a speech and language evaluation done for your child.

By 18 Months Your Child

♦ Is not babbling (for example, wuwuwu, dabada, nanana, etc.)
♦ Is not using at least 3-4 consonants (for example, p, b, d, t, m, n)
♦ Is not saying about 3-5 words (pronunciation does not have to be correct) by 15 months
♦ Is not using gestures to communicate (for example, shaking/nodding head, waving, blowing kisses, clapping, etc.)
♦ Does not understand common words such as “bye”, “no”, “give me” etc.
♦ Does not point to items of interest.
♦ Cannot point to 2 body parts when asked (early body parts children at this age should understand are eyes, nose, mouth, ears, tummy, hands, feet)
♦ Is not using approximately 15-20 words by 18 months.

By 26 Months Your Child

You can also head over to the National Institute on Deafness and Other Communication Disorders to go through their detailed language and communication checklist for ages birth to 5 years.

If you are concerned about your child’s speech and language development, join me in my workshop The Late Talking Toddler!  Click here to learn more about this workshop!

Does Your Toddler Have A Speech-Language Delay?

If you feel that after reading these red flags that your toddler may have a speech delay, please seek the professional opinion of a Speech-Language Pathologist.

In the meantime, be sure to download the PDF file called “17 Tips To Help A Toddler With A Speech Delay” so you can start making a positive impact on your child’s language development!

For more in depth strategies to help your child’s language development at home, be sure to get the book “It Takes Two To Talk” by Speech-Language Pathologist Elaine Weitzman.

I always referred parents to this book when I saw a young child for a speech and language evaluation!  You will not regret it.

You may have noticed that I keep mentioning that if you are ever concerned about your child’s language development to take him/her to see a Speech-Language Pathologist.

If you are wondering why I didn’t suggest your family doctor or pediatrician, there is good reason for this.

I am not trying to downplay the knowledge of medical professionals however, family doctors and even general practice pediatricians do not have the same in depth training that Speech-Language Pathologists have (for me it was a 3 year Masters Degree with the majority of my coursework focusing on pediatric language development).

Many family doctors receive little to no formal training regarding language development.

And pediatricians focus more on medical issues in childhood.

With the exception of developmental pediatricians.  They would have more current information regarding language development in children.

Many of these professionals want to put parents fears at ease and tell stories about children who didn’t talk until they were 3,4 or even 5 and are now doctors, lawyers, astronauts, etc.

While practicing as a speech pathologist I had many parents calling me saying their doctor told them not to be worried about their child’s language development, however they were worried and decided to get my opinion.

In the article What Is A Late Talker? The Truth Revealed! I go into detail explaining why taking a “wait and see” approach isn’t always the best way to go.

Another myth I often hear is that boys speak later than girls.  This is true to some extent, but not the way most people would expect.

The gap is usually no more than 2 months.

In fact, second born children have their siblings as role models so they actually should be picking up language faster than their first born sibling.

However, if the second born child has a quieter disposition, then they may sit back while their older sibling talks.

But, you should still hear your child using words when the sibling isn’t talking or around.

Speech delays in toddlers can be normal and part of the wide range of when certain milestones are acquired.

But please do not shrug off the fact that your toddler is not speaking.

The sooner a child receives intervention the more success he will have and if everything else is developing as expected the length of time spent in language therapy sessions should be reduced quite a bit. 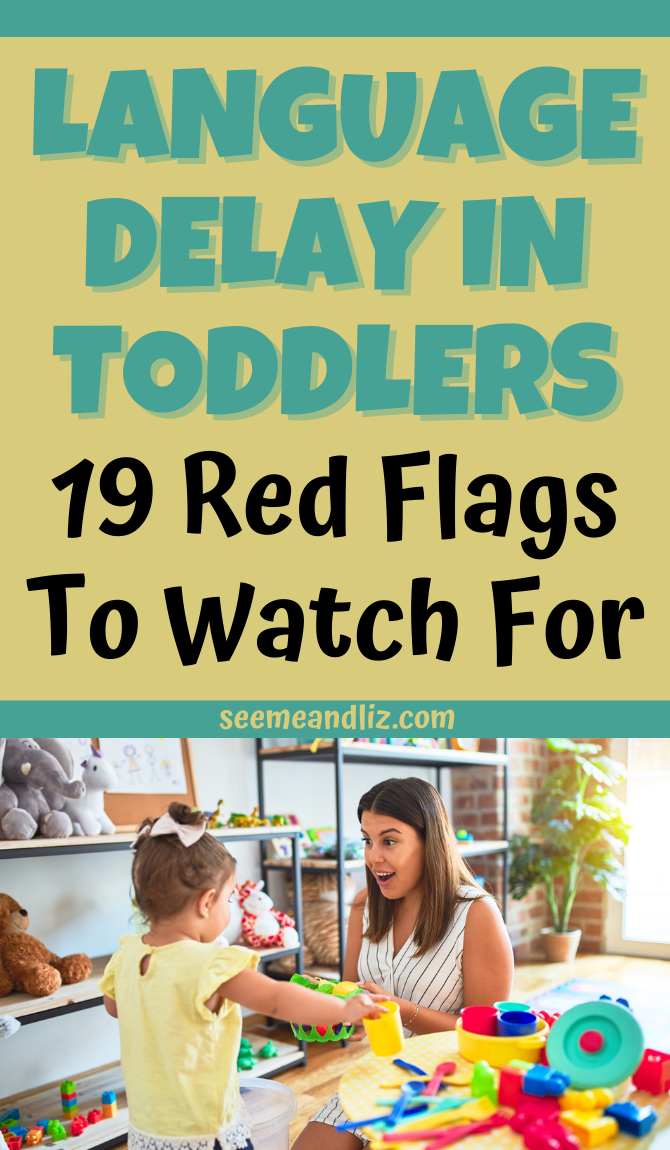 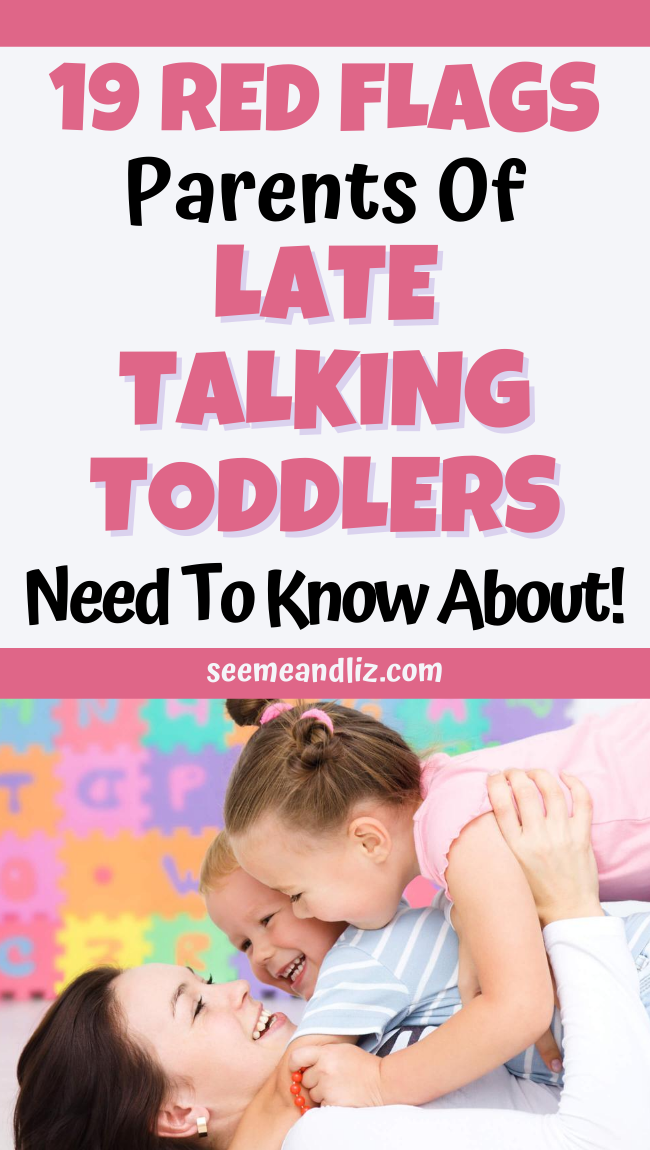 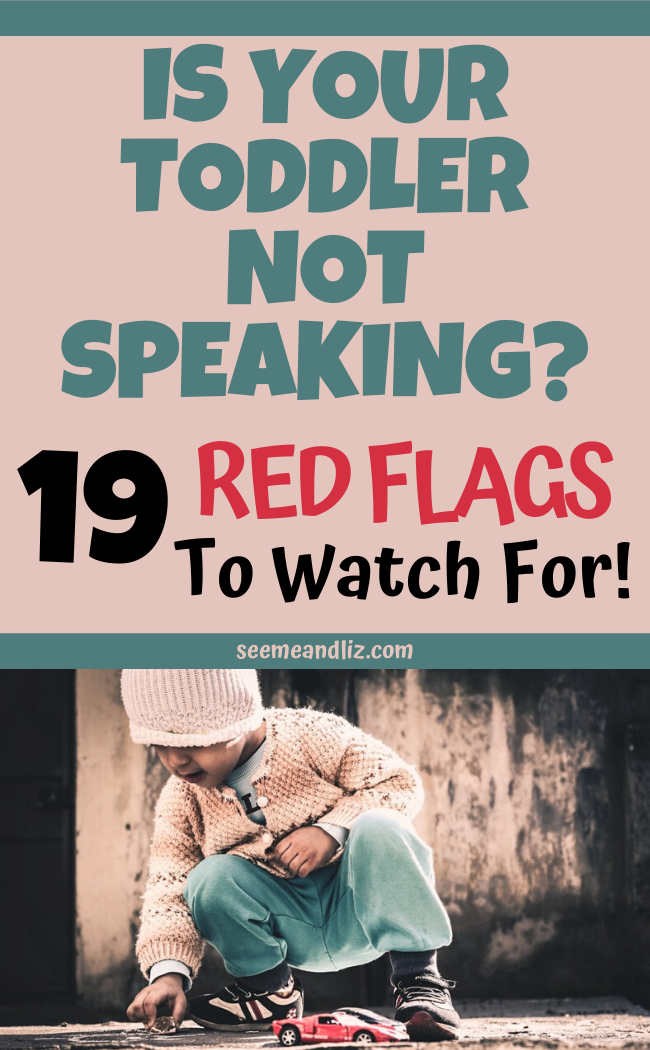