Help For The Shy Child: Is It Absolutely Necessary? 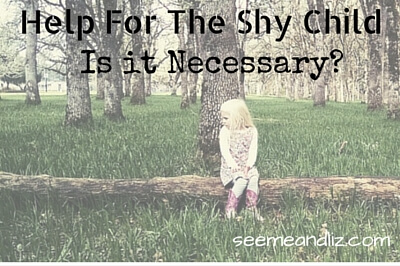 For those of you who don’t like to read lengthy articles, the short answer to the question “is help for the shy child necessary?” is NO!

So if you have a shy child, do not get worried that there is something wrong with them.  Being shy is a personality trait.

Just like having an accent is not a speech disorder.  It’s simply a difference.

If you do like reading, continue on and I will discuss why a shy child does not require any kind of therapy.

I will also share some tips for how you can make the world a more comfortable place for your little introvert.

I am mom to a very shy daughter.  And a not so shy son.

They have both been raised the same way by the same 2 parents, so it most definitely seems that shyness is a personality trait.

My daughter is now 13 and is coming out of her shell more and more each day.

She no longer fears new social situations the way she used to.  She has many friends!

She still finds it difficult to talk to adults, but she has come a long way from the (extremely) shy preschooler that she was.

I still vividly remember dropping my daughter off for her first day of daycare when she was close to 3 years old.  She clung to me and cried and cried.

Eventually she stopped (after I left) and was fine for the rest of the day.  She attended daycare once a week for the next year and a half.

According to the daycare teachers she didn’t speak to them until the last month.  Then, when she chose to speak it was always in a whisper and she would use only a few words at a time.

Her teacher told me that if they hadn’t known my background was in Speech-Language Pathology, I would have received a phone call expressing concerns with my daughter’s ability (or lack thereof) to speak.

This went on during her Kindergarten years as well.

Her teachers were lucky if they heard her voice.  However, she did start speaking when spoken too.

She was also overheard speaking to 1-2 classmates that she felt very comfortable around.

Why Help For The Shy Child Is NOT Necessary

Being Shy Is Part Of Who They Are

Some children are outgoing and some are not.

How often do you hear a parent say “my child is outgoing, should I be concerned?”  Probably never.

Our society values extroverts and leaders because they stand out from the crowd.

Being outgoing is often associated with being more successful, usually because extroverts are more likely to try new things, whereas introverts like what is familiar and comfortable.

But I can assure you that there are many successful introverts.

I, like my daughter, was extremely shy as a child.  Sometimes to the point of awkwardness.

As I got older and more comfortable with the world around me, I came out of my shell.

Most people would never guess that I was shy as a child.

All that being said, make sure that you don’t jump in to rescue your child all the time (speaking on their behalf).

They will need to learn to do this on their own!

Because shy children do not like attention placed on them, they tend to take in everything around them.

Shy children are always learning from others.

Even though they might not engage in conversations they are very aware of what is going on around them.

I was very surprised at how well my daughter did in school (especially during the first few years of elementary school) because she never participated much.

Her teacher said that she has seen this many times with shy children.

These children are very aware of their surroundings and know what makes others happy and sad because they are always watching.

Shy children also tend to be quite emotional.

They often treat others with kindness and demonstrate empathy because of their own feelings.

Their minds are always going and thinking because they aren’t busy talking.

Shy children can spend a lot of time on their own coming up with many imaginative play scenarios.

There are many famous people who are self proclaimed introverts.

Many of them found ways to overcome their shyness, but others did not but rather, embraced it!

Some of these include Albert Einstein, Rosa Parks, Bill Gates and many more.

Tips & Advice For Parents Of A Shy Child

Allow your child to be who they are.

Don’t look at being shy as something negative, because it isn’t.  It is just one of many personality styles.

Don’t label them as “shy” because shyness is not a disorder that needs to be fixed.

Try not to draw attention to the shyness, rather accept your child for who they are.

Let them know it is OK to not want to talk all the time.

Help your child find social situations in which they can be comfortable.

For example, set up play dates with friends you know they have some level of comfortable with.

If your child is young and the environment is new, stay with your child the first few times.  Then slowly try to distance yourself.

It may take your shy child longer to do some things than expected.

Prepare your child by easing them into situations.

I knew my daughter would have a hard time going to school which is why I found a great daycare program for her to attend one day a week before starting school.

I went with her to check out a few different preschool programs and daycare settings before deciding on the one I thought would be best.

I knew that I wasn’t going to home school her so I wanted her to be comfortable being without me before attending school on her own.

Your child needs to learn how to adapt in social situations.

Prepare them as best you can.

If talking in a big voice to others outside the home causes your child anxiety, allow them to answer questions by speaking quietly.

However, try to encourage your child to make eye contact with the speaker as this is very important in social interactions (in Western Cultures especially).  But don’t push it.

Try not to feel embarrassed because your child comes across as awkward.

I know from personal experience this can be difficult.   We all want our children to fit in.

But by feeling embarrassed and making excuses to explain your child’s behavior you are basically saying that there is something wrong with your child.

Children are smart and they can pick up on these things.

Some children outgrow their shyness whereas others learn to use it to their advantage.

If you have a shy child and you need to send them to a daycare program from a young age, be prepared for many tears.  This is OK.

Your child will make it through this period.

It will probably be more difficult for you having to see your child like this.

When To Be Worried That Your Child Is Too Shy?

Or your child may have selective mutism which is a much more extreme form of “shyness”, where a child will not talk in certain situations for an ongoing period of time.

As such, evaluation of children with suspected selective mutism is done through an interdisciplinary team typically consisting of a psychologist/psychiatrist, pediatrician, speech-language pathologist, social worker, teacher and family members.

Do you have a shy child?

Were you shy as a child?

Do you have any tips for parents of a shy child?

Do you feel that help for the shy child is necessary? 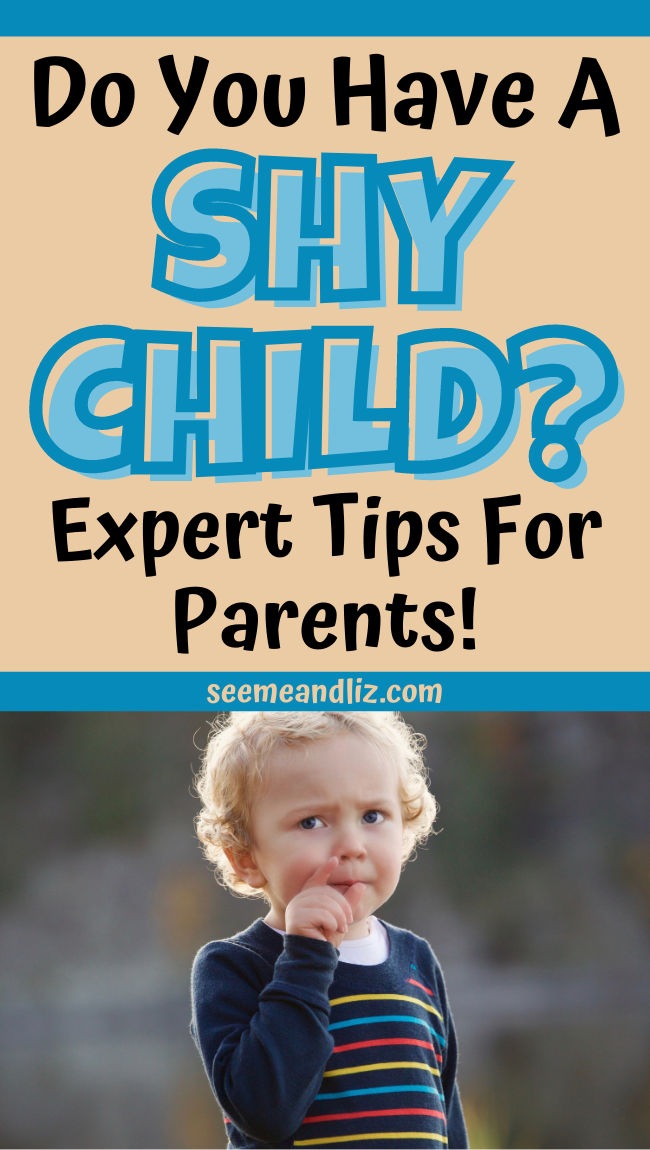 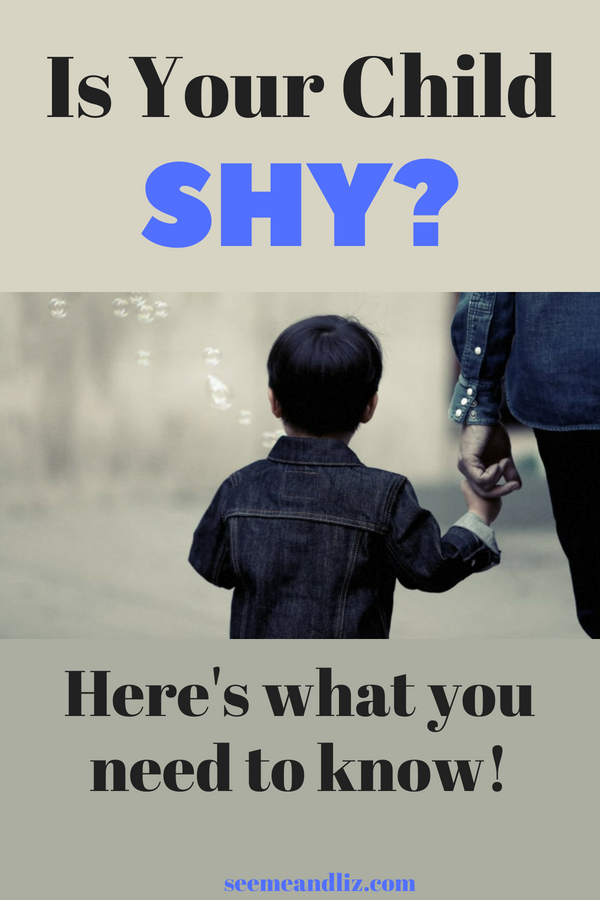